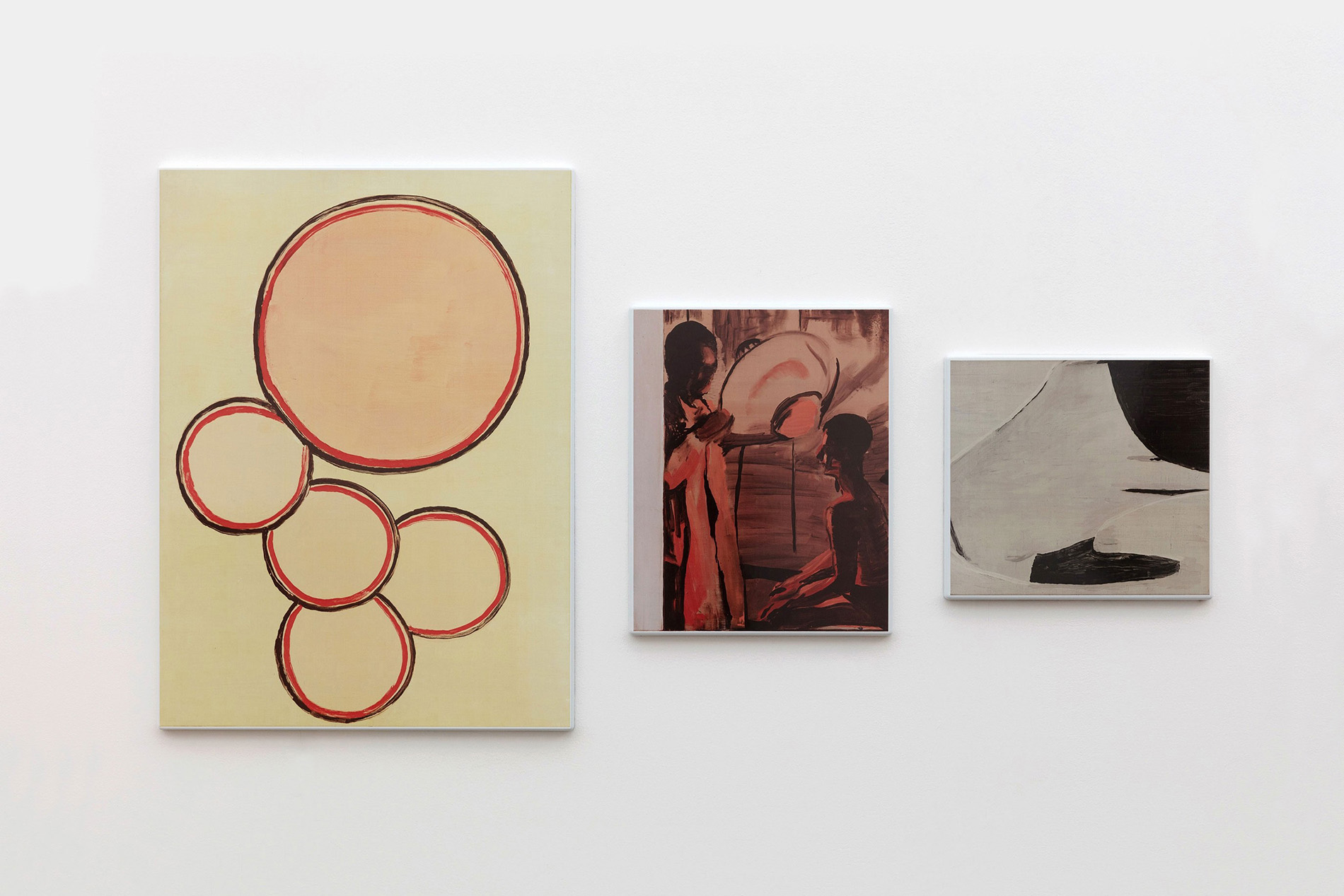 'Healing Light' (2018) is a screen print on vitreous enamel in three parts which moves from the seemingly abstract to the figurative, and is rendered in a range of muted colours and loose marks that are key elements of Tuyman's highly precise, inimical style.
'Heillicht' was originally created in 1991 as a tryptich on canvas (now in the Mu.ZEE museum collection, Ostend, Belgium) with the 3 parts titled 'Smell, 'Heillicht' and ‘Incest'. They weren’t initially conceived as one work but Tuymans has noted that: 'Because of their colour, their brightness, their radiance, they later became one work. The first picture, Smell, is based on the deodorant blocks you find in toilets. It deals with smell, an abstraction. The large and small circles represent the diffusion of the smell. Smell has the property of having a particularly strong effect on the memory, without any need for pictures. The second picture is called Heillicht. A half-naked boy is being radiated with a lamp to cure him, to warm him and at the same time to let him feel the power of light. I am referring to the idea that science should change everything, that it’s always capable of everything. The last picture, Incest, is the abstraction of a hand sticking through something. It has to do with an intention. You just see the finger. The hand creates a sense of danger. At the same time there is an impression of something forbidden, something incestuous.’
Tuymans was drawn to working with vitreous enamel for this edition by virtue of its association with early forms of advertising. Patented in England in the 1870s, vitreous enamelling was first used in the manufacture of coloured metal panels for buildings, but was soon turned to the production of brilliantly coloured enamelled iron plates, advertising all manner of products, ranging from groceries, newspapers and tobacco, to bicycles and motor cars. At the start of the 20th century almost every small shop in Europe would have had a colourful display of permanent advertising signs on its internal and external walls.
In a way these new multiple incarnations of Heillicht on vitreous enamel are like an advertisments for the earlier painted version, all the while having the potential to be displayed in other environments besides the white space of an art gallery. If one was so inclined it can be mounted on a building’s external facade or, as Tuymans has imagined himself, perhaps hung in the darkened underpass of a bridge or an English country garden wall.
Three panels: 85.5 x 63.3 x 2 cm, 50 x 40 x 2 cm, 37 x 40.5 x 2 cm
Read more