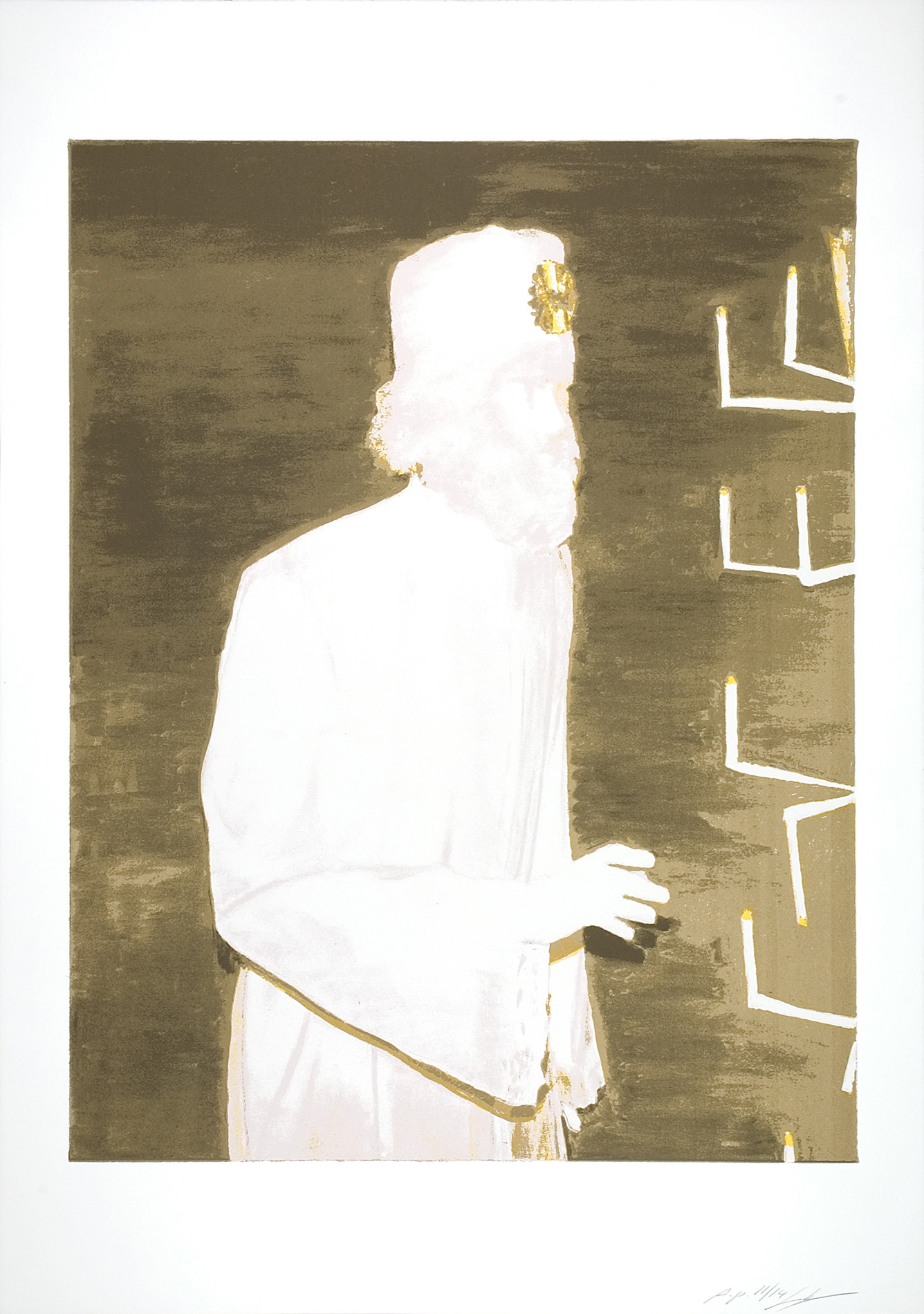 Screenprint in 8 colours on BFK Rives 270 g/ m2 paper and signed monograph in a linen case.
The 1994 painting, The Worshipper, was originally created for an exhibition at Zeno X Gallery in Antwerp. Tuymans gathered subject matter for the paintings included in this exhibition from the Binche Carnival, the annual tradition of a small French-speaking town in Belgium dating back to the fourteenth century. This elaborate event makes extensive use of masks and costumes and is listed by UNESCO as a Masterpiece of the Intangible Heritage of Humanity. The Worshipper is based on a Polaroid taken by Tuymans of a statue of a costumed man that he found leaning against a wall in Binche's Musee international du Carnaval et du Masque.
In a 2007 interview with Robert Ayers, Tuymans explains how he immediately saw the statue taking on an existence independent of the carnival setting, suggesting instead  'the idea of something strangely fanatical'. Framed in isolation and lie by the flash of Tuymans's camera, the figure is transformed into an archaic priest with one extended hand forming an ambiguous, imploring gesture.
In 2005, Tuymans collaborated on a large format screenprint edition of The Worshipper with master printer Roger Vandaele. The eight colours that comprise the palette differ from the grey-green of the original painting and set a much brighter figure against a dark yellow-brown background. This was intended to replicate the character of the overexposed snapshot, giving the figure an almost ghostly radiance. A light golden-brown shadow emphasises the shape of the figure's costume, tracing the sleeve of his right arm and seeping into the background. Another shadow doubles the gesturing hand, amplifying its presence. Bright, exposed details on the face and costume are rendered in light shades of violet recognisable only after dose inspection. These subtle details are offset by the gleaming insignia on the figure's headdress, a shocking contrast reinforcing the print's sinister aura.
Read more