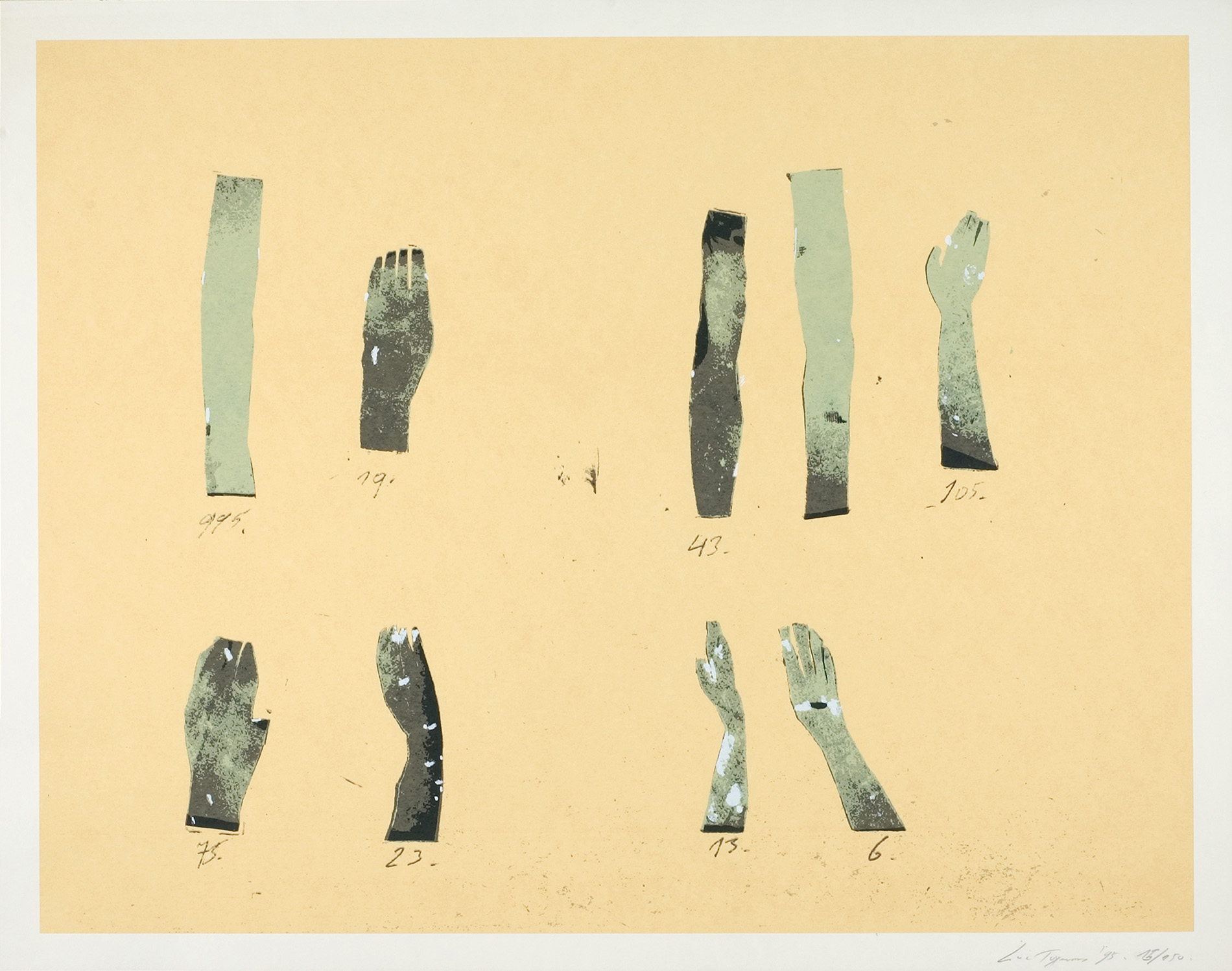 Screenprint on Hahnemühle 200 g/m2 cream-coloured paper based on a collage of pictures of limbs cut out of magazines, on the back of a brown envelope, dating 1989.

Together with 'The Conversation' this was the bonus in 1995 for the supporting members of the Middelheim Museum in Antwerp.

Tuymans was interested in the notion that arms and legs become objects when you isolate them. That is why he cut the limbs out of old reproductions.
He specifically chose black and white images from 1930ies magazines because he found the greenish and yellowish discolouration interesting. He glued them on a brown envelope and painted over the remaining patches of blue sky with oil paints.

As the title suggests this work fits the subject that is most present in his early work: his fascination for the horrors of the persecution of the Jews by Nazi Germany. ‘Wiedergutmachung’ is the term coined for the compensations the Germans had to pay to the survivors of the Holocaust after World War 2.

Other works by Tuymans that refer to the Holocaust are: 'Transformatie van de berg', 'Recherches', 'Kristallnacht' and 'Lamp'