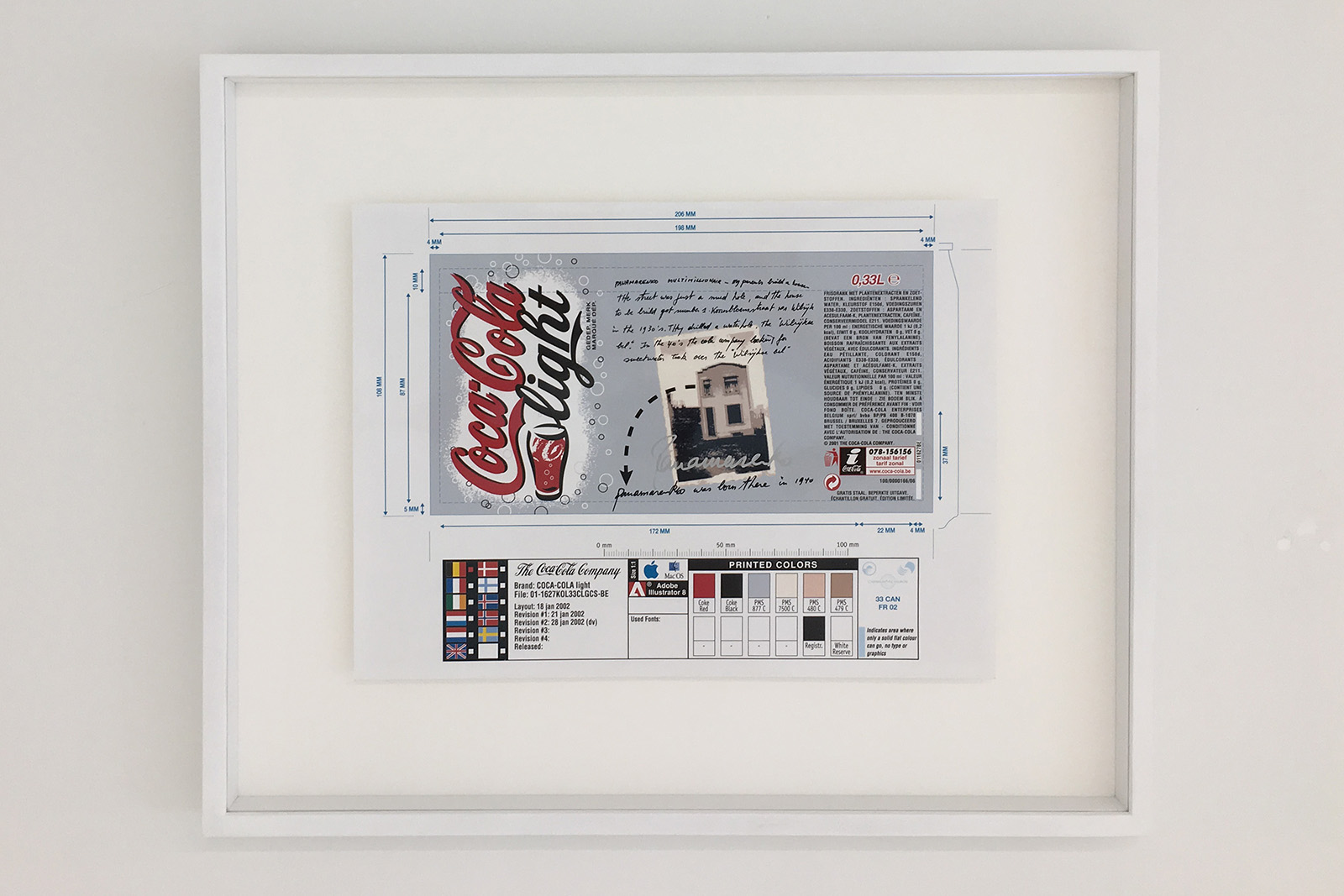 In 2002 Coca-Cola Belgium released a limited edition of Coca-Cola Light cans decorated by four Belgian artists. Each version was produced at merely 125.000 units, with the aim to make them collectors’ items. These cans were not for sale, but were distributed at different locations in Belgium (and usually were opened before they were offered).
Together with Wim Delvoye, Jacques Charlier and Patrick Corillon, Panamarenko was one of the selected artists. He adorned the can with the story of his childhood home: in the 30ies, when Wilrijk was still a mud pool, his parents built the first house in the Koornbloemstraat. They drilled for source water and hit upon the ‘Wilrijkse bel’ (the bell of Wilrijk). In the 40ies, in search for source water, the Coca-Cola company built the Antwerp bottling plant at the Boomsesteenweg, a plant that would remain operational till the end of the 80ies.
Did you know that Panamarenko is a self-declared connoisseur of Coca-Cola? He can taste where and with what source water the beverage has been brewed! A video by Jacques Charlier on YouTube proves this extraordinary fact.