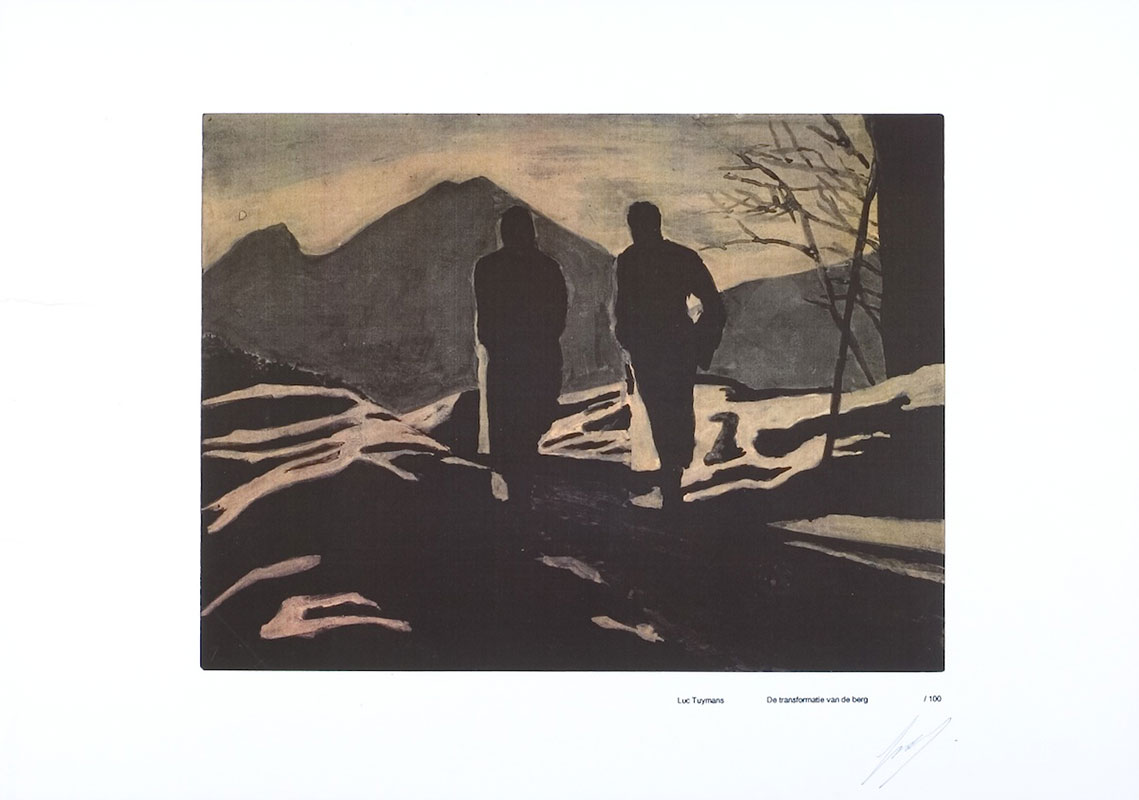 This edition is based on a preliminary drawing for the painting ‘De wandeling’ from 1993.

The image closely follows a movie still from a Nazi propaganda movie and pictures Hitler and Albert Speer walking down the mountain. Hitler always made the same walk with the visitors in Berchtesgaden, from the Eagle’s Nest to the teahouse in the valley. A car would pick up them for going back up. The mountain concerned is the Watzman, the third highest peak in Germany. The winter landscape in backlight of the movie still and the painting correspond with a typical landscape of the German romantic painter Caspar David Friedrich, not coincidentally Hitler’s favourite painter. In this preliminary study, Tuymans gives the scene a Spilliaert atmosphere. Spilliaert was a source of inspiration for the young Tuymans.

Digital print on cardboard. Unnumbered, signed on a sticker at the back of the edition.