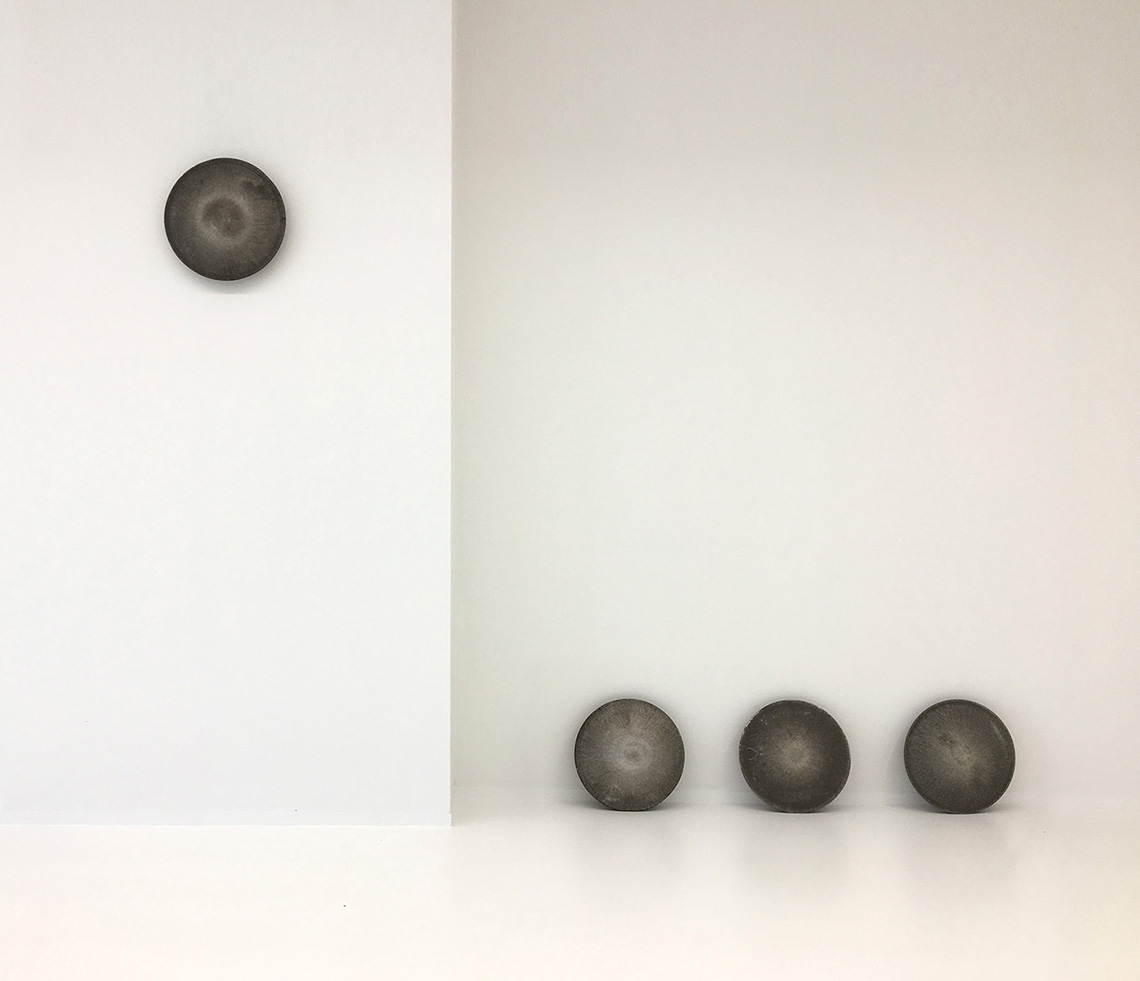 To blow up, to empty, to pile up, to slice or to tie into some kind of knot… Holes are pulled out of nothing and doors are put ajar. Breathing space is concocted, conquered or evoked. Vinyl records copied in water colour by Damien De Lepeleire, prints of dining plates by Luc Tuymans, reflecting hubcaps by Ann Veronica Janssens, a circular dance floor by Boy and Erik Stappaerts, a round light box by Max Pinckers and Gauthier Oushoorn… Tamara Van San gathers and braids, Lisa Vantorre creates a breach, Walter Swennen uses round letters to create the space of a painting, Vaast Colson draws pedestals for disappearances and Dennis Tyfus follows the rhythm of pimples. (Lederhosen are a stage for three holes.)

We already love this life, the old bard’s song went, then how delightful the afterlife will be!