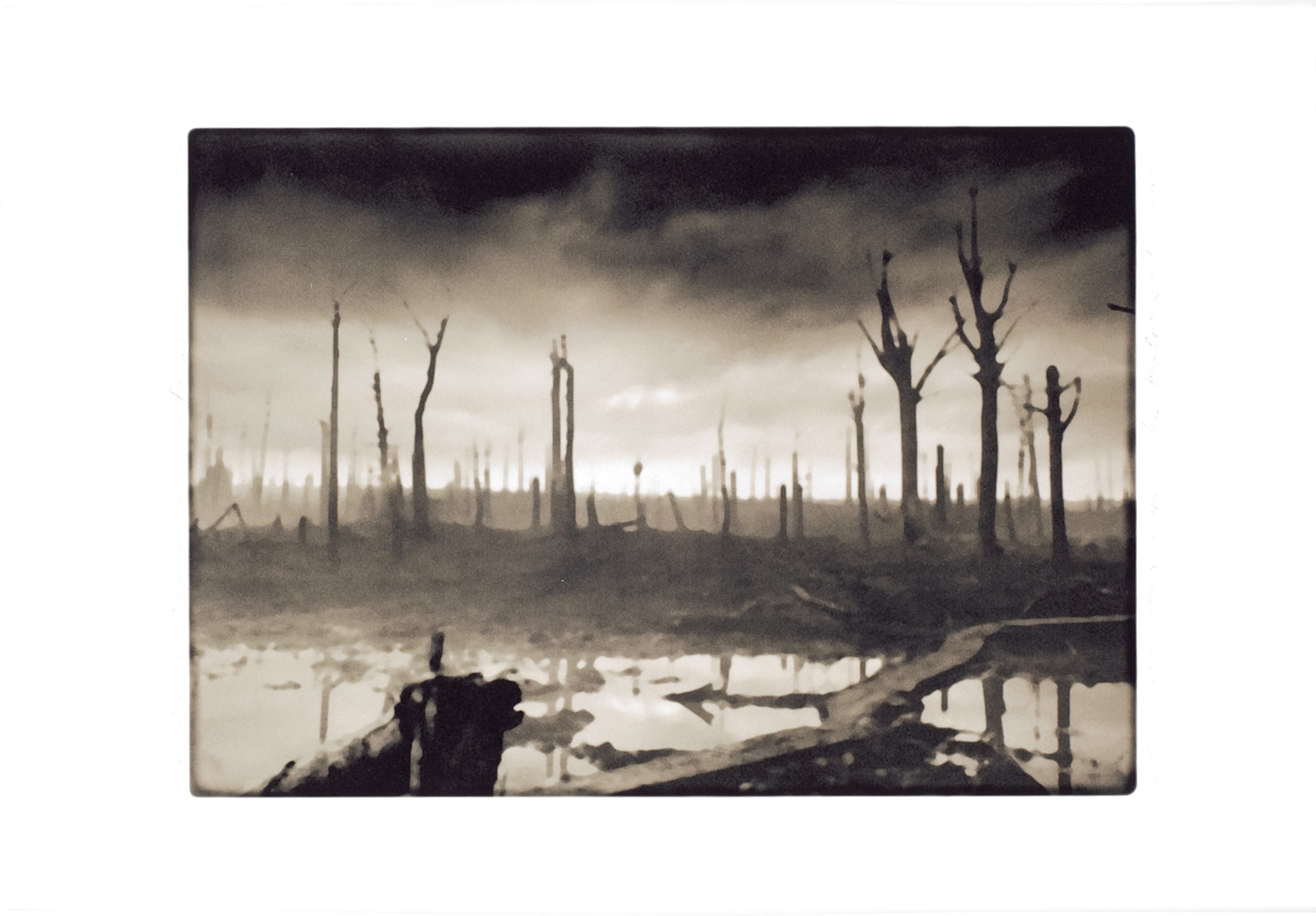 The viewer enters a cold dark space; a window reveals a video projection. The film is of a continuously changing, late 19th Century landscape of parks and city architecture. The images of dark and mysterious parks and buildings change into spectres that illustrate the events that were to follow, resulting in an apocalyptic, ruined and muddy landscape inspired by the Belgian coastal region just after the First World War. The film is accompanied by a soundtrack of a variety of ambient sounds and voices mixed together to make an appropriate soundscape. The work also exists as a single channel video projection.