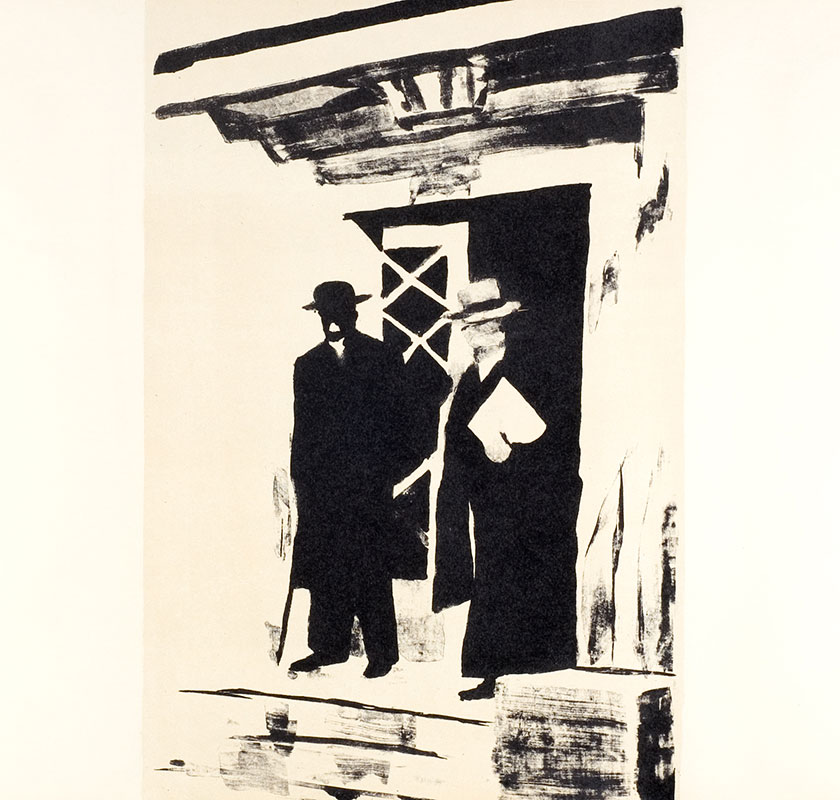 In 1995 Luc Tuymans was invited to mount an exhibition at the Centre Genèvois de Gravure Contemporaine in Geneva, Switzerland (renamed Centre d'Edicion Contemporaine in 2002) . Since its founding in 1989, the Centre has hosted numerous exhibitions and residencies, and has annually published editions of original prints by emerging and established artists such as Heimo Zobernig, Guiseppe Penone, and Luc Tuymans. The work chat Tuymans published with the Centre, entitled Le Verdict, is a notable departure from his established printmaking practice: rather than a traditional series of prints as individual works on paper, Le Verdict consists of eleven lithographs executed as a single, site-specific print installation.

When Centre director Veronique  Bachetta, suggested that Tuymans create something 'highly specific', he responded with a printed work researched and realised expressly for the gallery where the exhibition was to be held. The artist was fascinated with the villa's hidden history: the local lore was that singer, actress, and political activist Josephine Baker, unable to have children after suffering a miscarriage, and having adopted twelve children, had once purchased the building to establish an orphanage. Additional research revealed that the villa had previously housed an ecumenical centre that held lectures and symposia on missionary work. Tuymans's installation took inspiration from both fact and myth by mixing historical images of the villa with images from the artist's recent work, such as A Flemish Intellectual and The Flag. Both of these latter paintings are from his controversial Heimat series, in which he explicitly denounces the rise of Flemish nationalism. By incorporating the ecumenical history of the villa, Tuymans deftly extended some of Heimat's key themes: religious and intellectual power structures, propaganda, and the use and misuse of images.

The eleven lithographs for Le Verdict were printed onto wallpaper, made expressly for the space and installed to measure, deploying a subtle irony chat blurs the distinction between 'works on paper' and wallpaper. In Tuymans's own words, ' ... to use the multiple properly you had to destroy it bluntly by pasting it to the wall'.

This actual lithograph was made in Paris. Its origin is an important portrait from the series 'Der diagnostische Blick' from 1992.