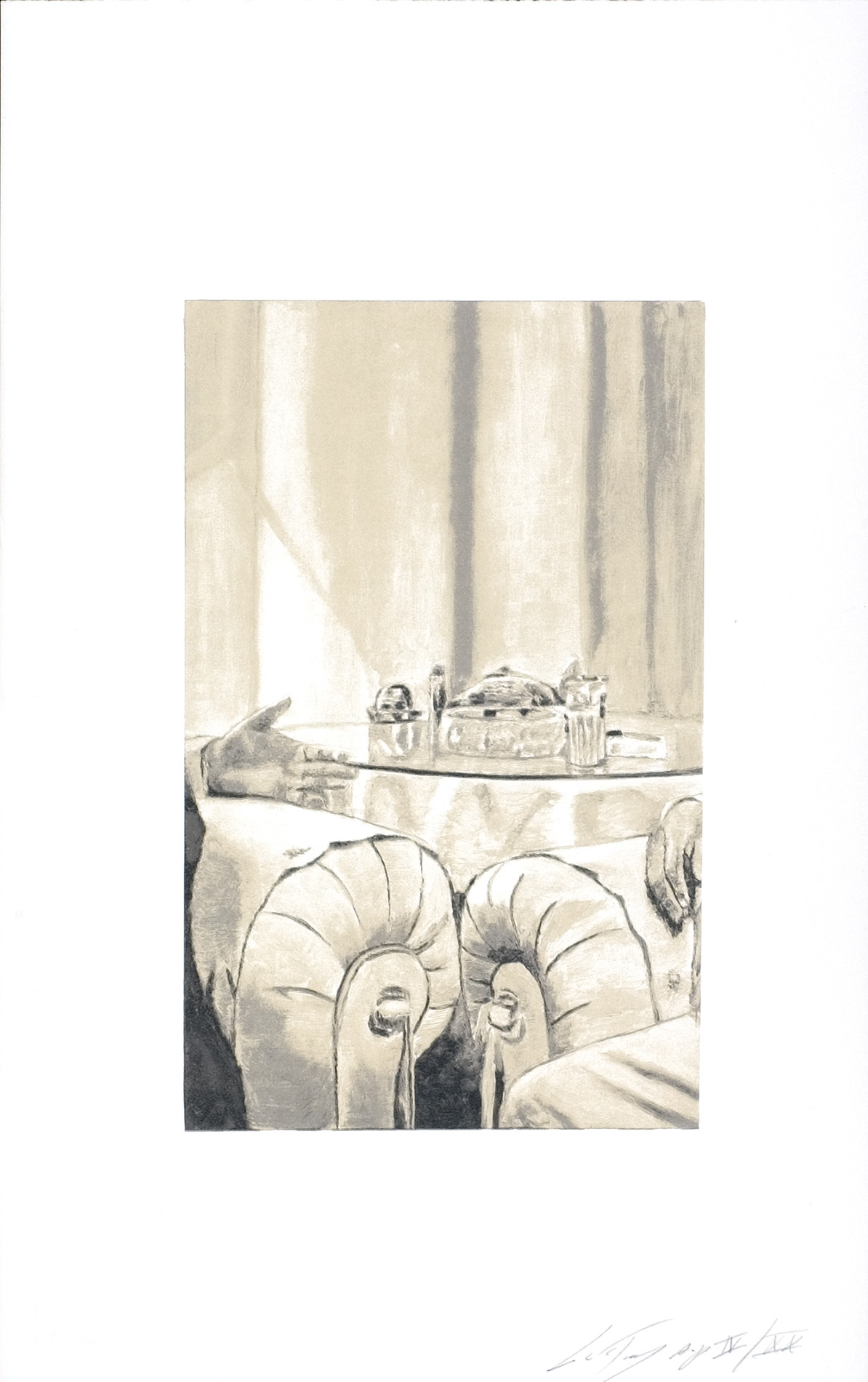 Screenprint on BFK Rives 180 g/m2 paper
For “Texte zur Kunst” Luc Tymans has created a silk screen print which is based on a media image that documented the meeting between Colin Powell and Hosni Mubarak in October 2003 in Sharm El Sheik. Instead of focusing on the two politicians, “Egypt, 2003“ recreates the scene by focusing on the nameless place which staged the meeting as a result of media construction. The relationship of painting to the visuality of a decisive moment is characterized by a process of distancing and alienation, building up tension between artistic representation and reality.
Read more