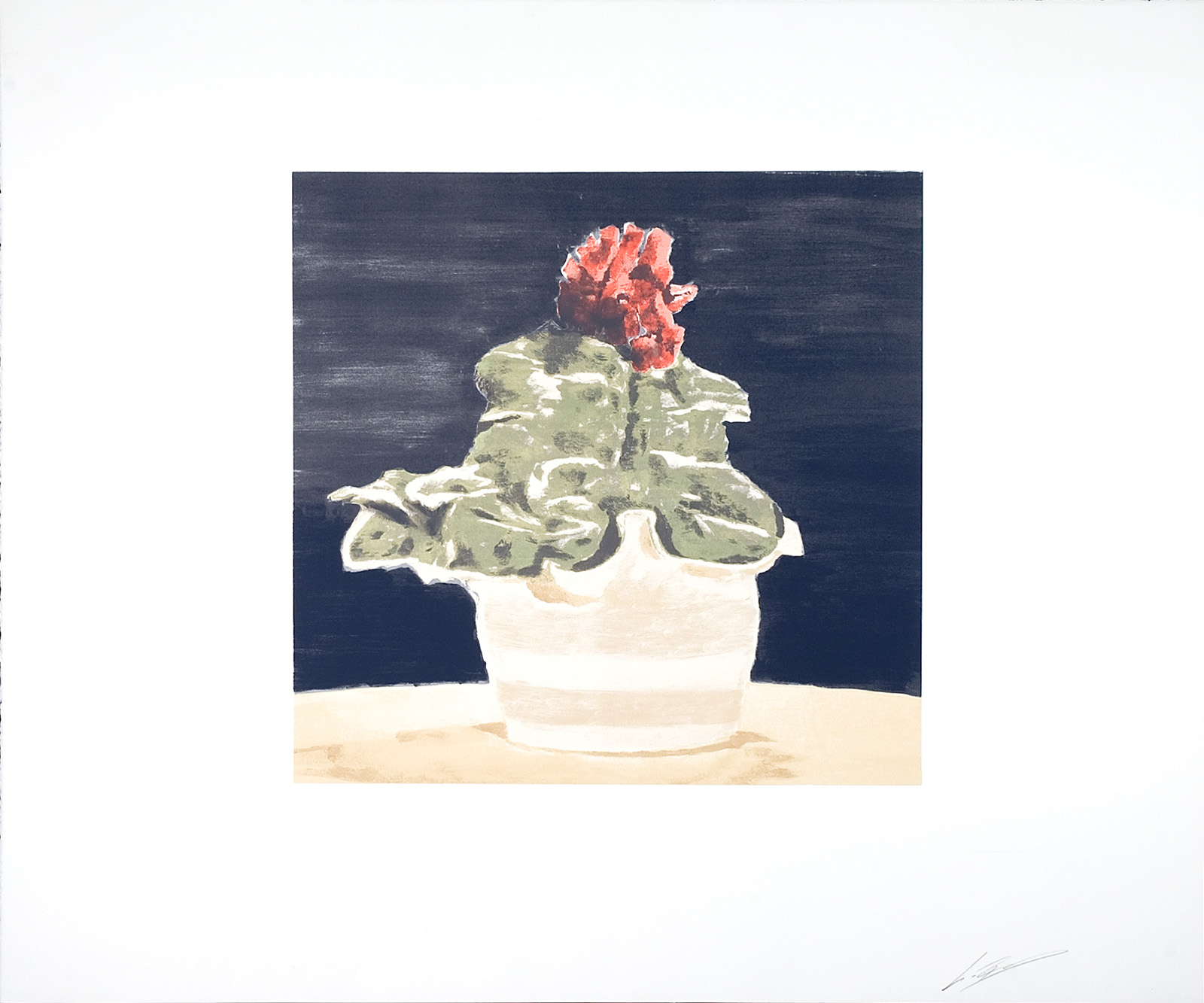 In the winter of 2002-03, Luc Tuymans presented a series of ten paintings entitled 'Niks' ('nothing' in Dutch) at Zeno X Gallery in Antwerp. The eponymous painting depicts a potted geranium in full bloom, rendered in a somber fog of greys, greens, and faded reds. Enormously popular in Flanders, geraniums are often found on windowsills in particularly prim and proper neighbourhoods. This use of the geranium as a public display of propriety - 'more Flemish than Flanders' - evokes in Tuymans a certain disdain, even horror, as evidenced by the irony of the title.
'Niks', however, does not suggest that the subject is trivial or that the painting is simply an exercise in rendering a banal, everyday object on a flat surface. Rather, the title suggests that the isolation and recontextualisation of a specific 'nothing' can generate multiple meanings.
In 2003 the silkscreen print 'Niks' was realised with master printer Roger Vandaele, on a sheet slightly smaller than the original painting. This translation of mediums from canvas to works-on-paper involved a detailed analysis, yielding a result different in tone from the source. For this print Tuymans and Vandaele altered the ghostly palette of the painting, using a darker background and brighter reds and greens, dramatically increasing the overall contrast. This modification in turn changes the sense of light; the flower now seems to stand directly beneath the sun.
Remarkably, Vandaele's printing of this image makes the composition feel even more painterly. The geranium, emptied of significance by its casual, serial use as a symbol of social security, is linked back into a network of meaning inherent in the long and important tradition of floral still-life painting in the Netherlands.
Read more

rare screenprint from the 1975 portfoilio '5 graphics'