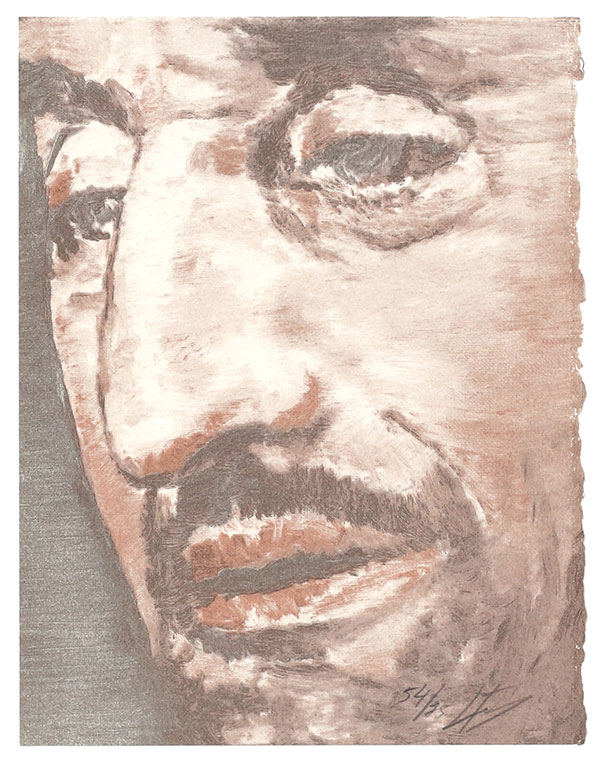 The Nose is published on the occasion of 'Intolerance', the first solo show of the works of Luc Tuymans in the Gulf region (Qatar Museums Gallery).

This print follows a rather small painting by Luc Tuymans, entitled The Nose (2002). The close-up of a man entirely fills the canvas. Presented in a warm, quasi-monochromatic palette, the character is hardly decipherable, but was taken from a photograph that Tuymans altered slightly, turning a smile into an unreadable facial expression.

"The nose is the face’s most prominent feature. Tuymans, who made the painting soon after the terrorist attacks of 9/11, has called this figure ‘almost Christlike’, and explained that it might also be read as Middle-Eastern. The artist’s pictorial interest in portraiture resonates with a long tradition of Western representational painting. The manipulation of portraiture that emerges from The Nose, however, evokes a certain distrust of the image, which adds a level of complexity and richness to this print. The portrait is the record of individuality par excellence. The Nose challenges this assumption and the very notions of likeness and difference by exploring the power of mediation, remediation and the impossibility of singularity."