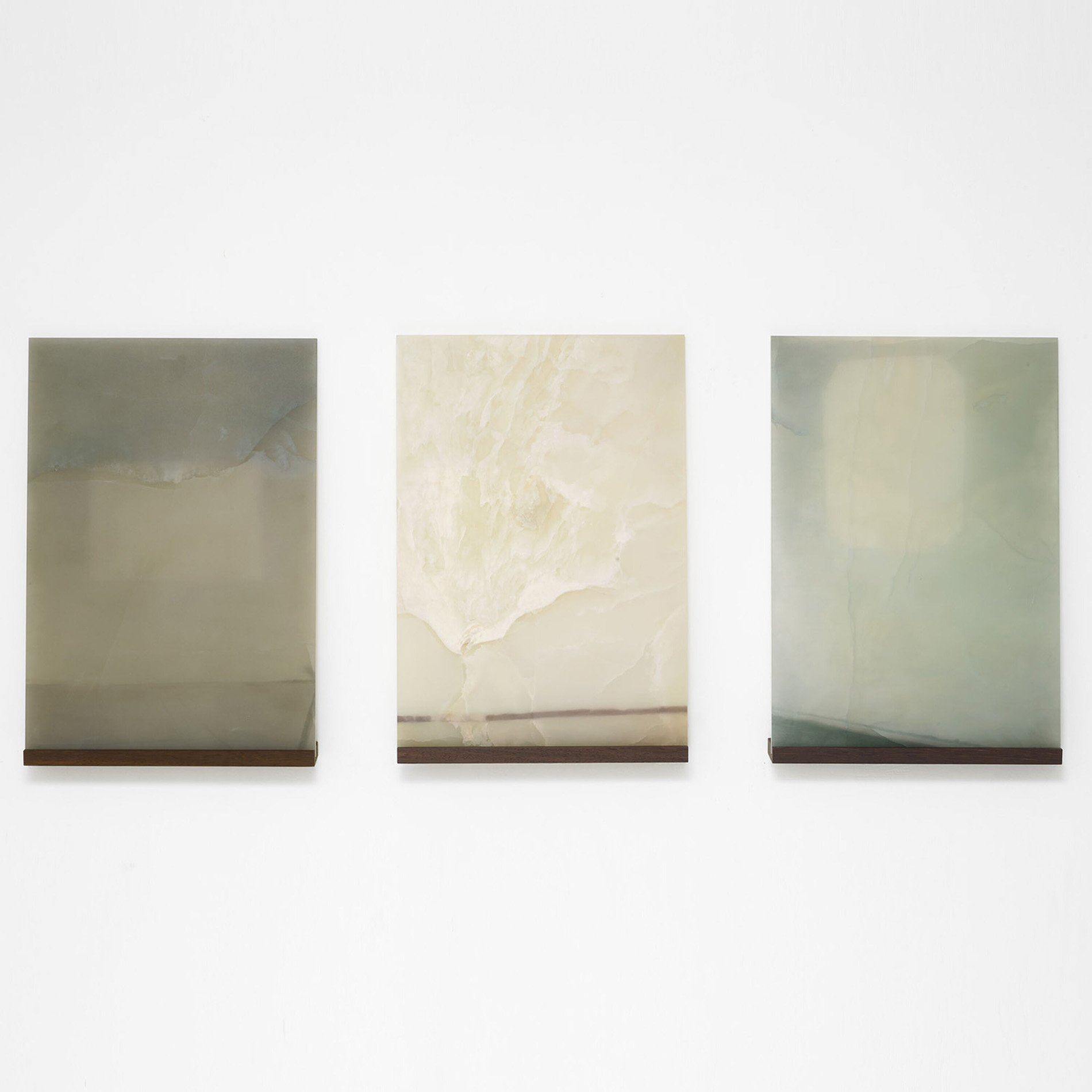 In 2002, Tuymans created a series of three paintings which depict a slide projection on the wall of his studio. The projection, however, does not contain a slide and therefore only a faint field of light can be seen in each painting. With only the emptiness of the luminous slide field shown, this series, titled Slides, presents the absence of representation. Tuymans explains “I believe that images continually represent their own endpoint without lending it form”.

Light, a traditionally painterly concern, became the object of his several of Tuymans paintings during this period, although this was exclusively artificial light, produced by projectors, lamps and television sets. Tuymans decision to revisit this series for his limited edition for Tate includes the use of onyx, a precious stone with vitreous lustre. The onyx illuminates the dim milky glow of the painted projector light.

The three pieces of onyx each have a painting from Tuymans' 2002 Slide series digitally printed onto the surface of the stone. Each piece of onyx rests on an individual bespoke wooden shelf. The edition is accompanied by a signed and numbered certificate.