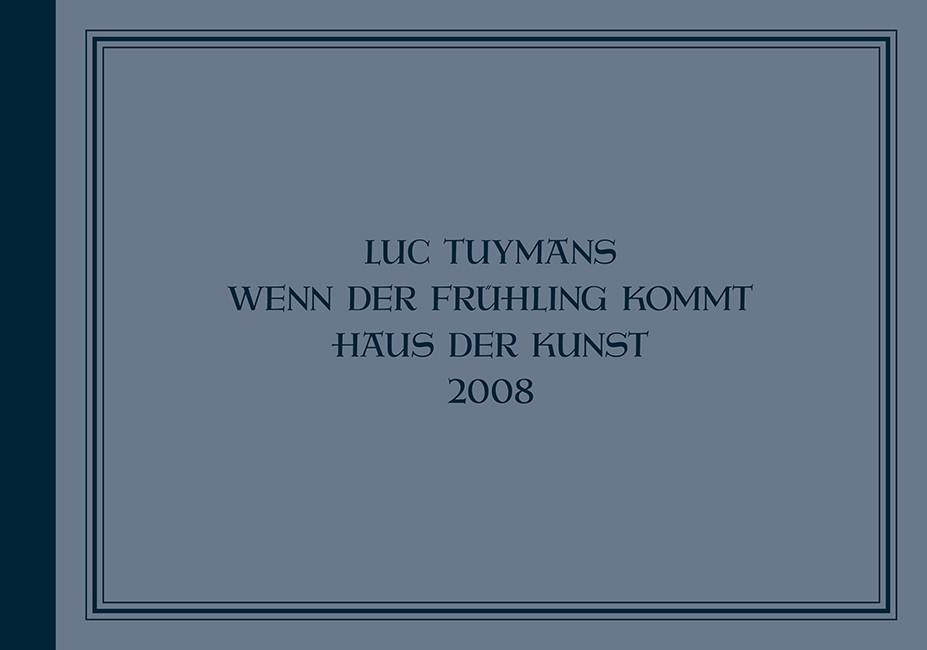 Luc Tuymans: Wenn der Frühling kommt - Haus der Kunst 2008
Includes a bookplate signed by the artist
Stephanie Rosenthal, Luc Tuymans, Patrizia Dander
"Wenn der Frühling kommt, When Spring Comes" is the record of an extraordinary solo exhibition by Luc Tuymans that was held in Munich in 2008. The retrospective assembled 90 representative works from the last 30 years of the artist's career. The strength of the exhibition lay partly in the location: the Haus der Kunst in Munich, which Hitler ordered to be built in 1933 soon after the seizure of power by the Nazis. During his regime the Haus der Kunst – which changed its name to Haus der Deutschen Kunst in the mid-1930s – was used to exhibit German art 'by and for the people'. It rapidly became an important centre for the cultural propaganda of the Nazi regime. International art that was despised by the regime was shown there in 1937, when this exhibition of Degenerate Art (Entartete Kunst), as they called it, attracted more than two million visitors in one and a half months.
The work of Tuymans, that is often concerned with power and twentieth-century history, was displayed in a space with a strong historical resonance. The works were grouped in 'islands of meaning' to create a narrative closely connected with the exhibition space. In this publication the artist himself takes us on a guided tour of the exhibition rooms.
This artist's book, based on the unique 2008 exhibition, offers a new perspective on the relations of Tuymans' works with one another.
Read more