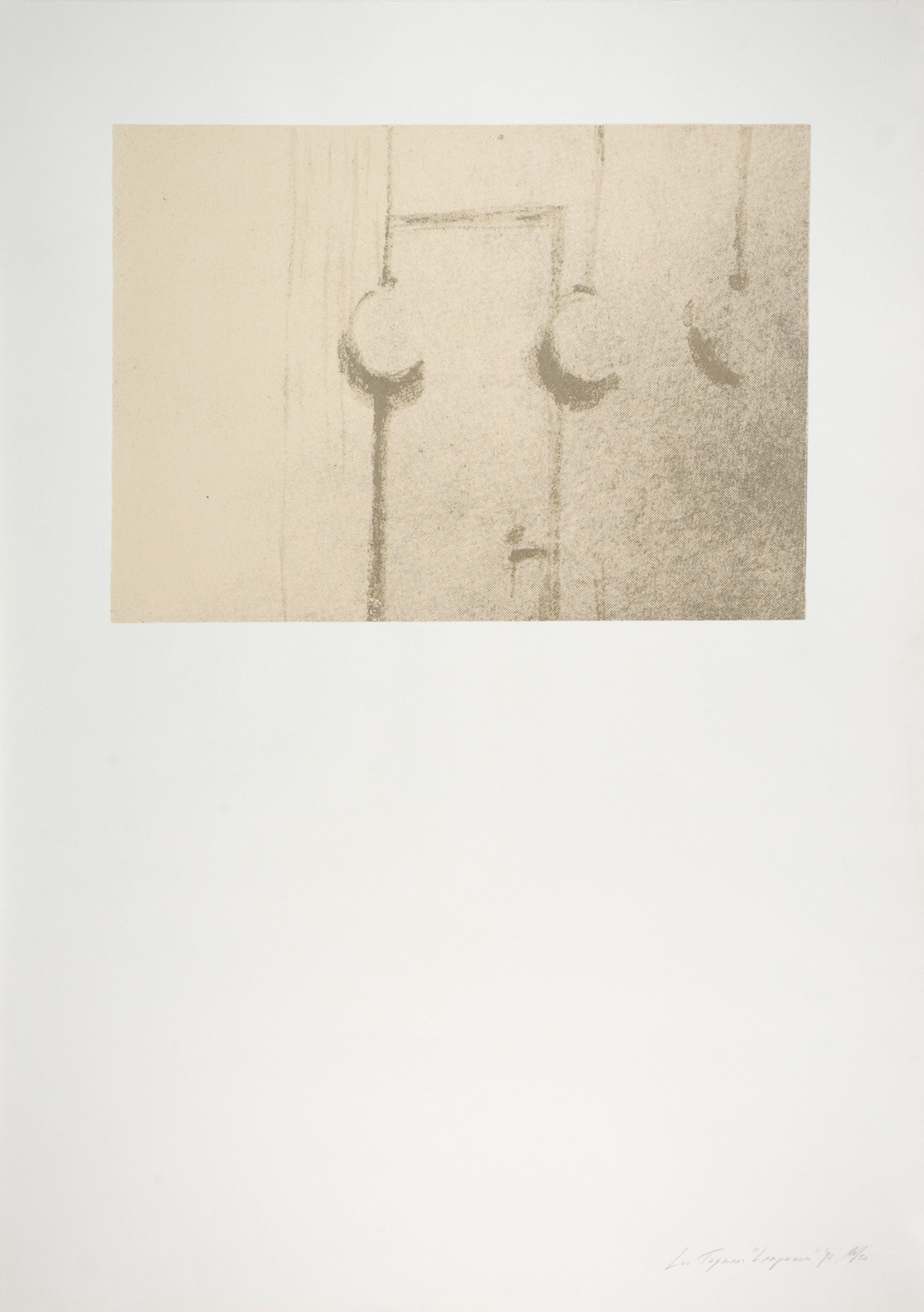 Screenprint in 2 colours on BFK Rives 270 g/ m2 paper
In 1992 Luc Tuymans experienced a turning point in his career with his first major international solo exhibition at Kunsthalle Bern, followed by his participation in documenta IX in Kassel that was organised by the Belgian curator Jan Hoet, where he presented perhaps his most significant series of paintings to date.
Lamproom, a key painting from the Bern show, was selected by the artist and the museum as the subject for a published work commemorating the exhibition. The deceptively simple composition of the painting, with its sober, nearly monochromatic palette, presents an unidentified room showing a wall, a door, and three lamps. Despite a certain suggestion of openness, there is an oppressive quality to this view.
The Lamproom edition was printed by master printer Roger Vandaele, who earlier that same year produced the artist book entitled Zayin, a collection of thirteen texts by Antwerp poet and critic Wilfried Adams (1947-2008), each accompanied by an image from Tuymans. These images included newspaper cutouts, collages and drawings. All three Lamproom works - the painting that was exhibited in Bern, as well as the screenprint and the image in the Zayin artist book - refer back to these newspaper clippings.
Placing the viewer in a position of peering through a door into a room, Tuymans and Vandaele positioned the horizontal image towards the top of a larger, vertical sheet - a mise en page that evokes a vintage, glass-windowed door.
This two-colour screenprint with its diffuse lines, strikes a downbeat, yet graphic note, which corresponds well with the monochromatic Lamproom painting and its articulated marks.
Once Tuymans has made a painting and it enters the world of images, he is able to continually reference it, as he would any other image from the world, when making printed works. He has consistently deployed the practice of printmaking as a way of engaging with the content of his paintings.
Read more

This limited edition print is published to celebrate Luc Tuymans’s curation of the exhibition 'Intrigue' in London. It has been printed in the historic RA Schools.