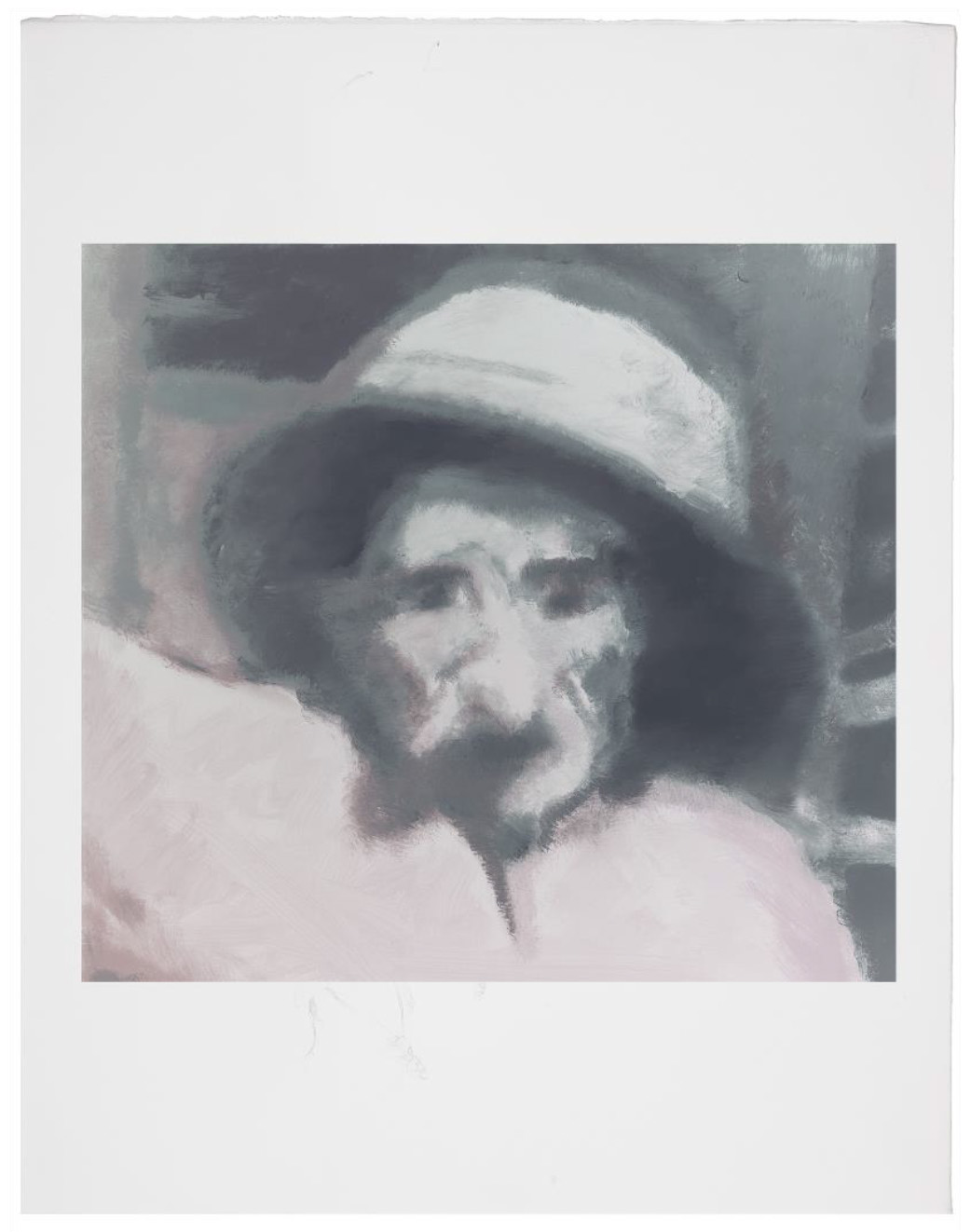 Zeefdruk in het portfolio 'Ever Goya'.

Issei Sagawa is a portrait of a Japanese cannibal who killed and ate his fellow student Renee Hartevelt at the Sorbonne University in Paris in 1981. Sagawa was found unfit to stand trial and deported to Japan, where due to a series of legal loopholes he was eventually declared ‘sane but evil’ and released. He now enjoys cult status.

Tuymans’s portrait of Sagawa is not a conventional likeness, but a painting that resembles a blurred, bleached out photograph. It is based on a childhood photo of Sagawa that appeared in a documentary film and was captured by the artist on his phone. The killer is shown wearing a grotesque mask and an explorer’s hat.

The painting can be seen as part of Tuymans’s larger body of work, which features a number of oblique portraits of men associated with violence and terror. Among them are his portrait of SS chief Reinhard Heydrich and a painting of Nazi architect Albert Speer as a fallen skier. These haunting, ghostly canvases challenge the value of history painting and raise questions about truth and celebrity in photography and film.